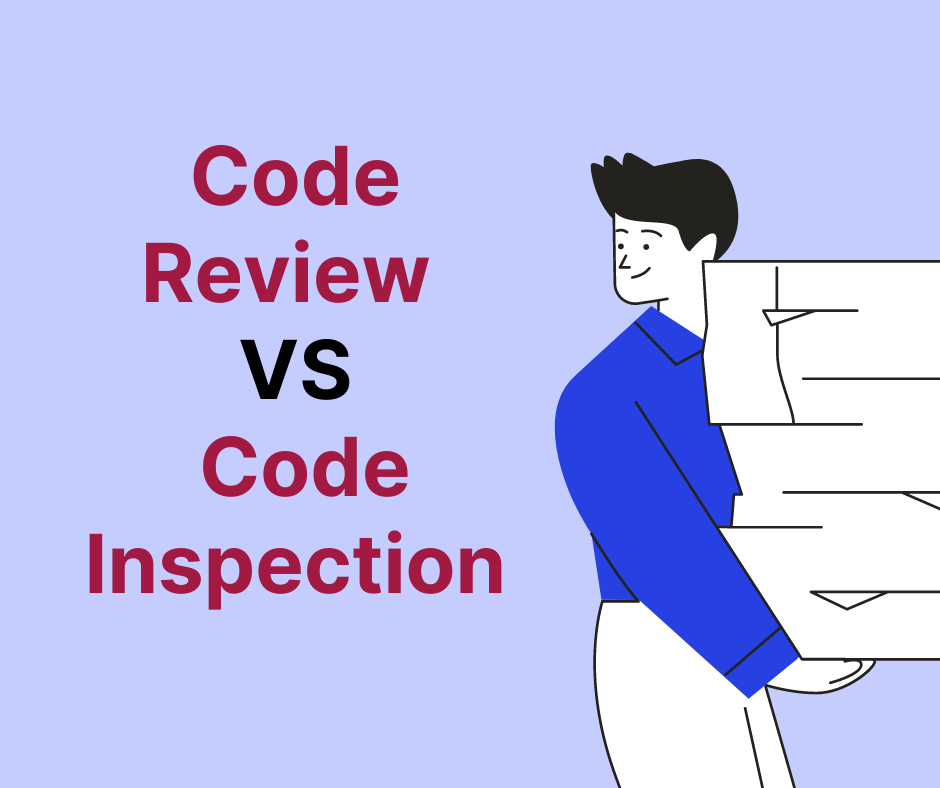 A code inspection is an informal procedure in which code is run at any point in time and code review is a formal procedure in which developers and QA engineers evaluate the code line by line in a formal meeting. Historical practices have a lot to teach us. Modern teams, on the other hand, frequently adopt the worst practices. Mandatory code review is one of the things we should have abandoned in the past.

What is Code review?

A meeting during which software code is presented for discussion or approval to project workers, managers, users, customers, or other interested parties. It is the systematic study of computer source code (also known as peer review). Its goal is to uncover errors that were missed during the initial development process, therefore increasing software quality. Pair programming, casual walkthroughs, and formal inspections are some of the ways that reviews are conducted.

Code review can be particularly useful for discovering security flaws. There are specialized application packages that can assist with this procedure. Automated code review makes it easier to evaluate source code for issues including buffer overflows, race situations, memory leaks, size violations, and duplicate statements. Testing is another typical use of code review.
Must read: Best Practices For Reviewing Code

What is Code Inspection?

The most formal sort of review is code inspection. It is a type of static testing to prevent flaw amplification later on. The basic goal of code inspection is to discover flaws, but it may also detect any potential process improvements.

The findings are reported in an inspection report, which includes metrics that can be utilized to enhance the process. It can fix flaws in the document under review. Prior to the meeting, thorough preparation is required, which includes examining any source papers to verify uniformity.

Difference between Code review and inspection

There is a significant difference for some individuals. With a study published in 1976 at IBM, Michael Fagan popularised the concept of “Formal Inspection”. This is a lengthy, labor-intensive procedure that includes seven phases, several meetings, and four individuals who have been specifically educated in various positions.

Throughout the sprint development phase, the code review process requires developers to adhere to specific coding principles. This method standardizes the source code, making it easier to learn and comprehend for all developers.

The advantages of Inspections are well-documented, as is the enormous amount of time it takes to conduct them. That’s why nearly everyone (who does code review at all) does mild “reviews,” such as sending emails after code is checked into version control, pair programming, and utilizing one of the dedicated code review tools, such as our own Codegrip.

Automated” does not imply the absence of any human element. Working with your team to include automated code review into your workflow is critical. Automated tools must be used with caution, or they may become more of a hindrance than a benefit. It’s a massive pain if you find out that a load of code you spent a lot of time on is full of errors.

Getting rid of the pull request review isn’t the same as getting rid of it completely. If you need it, keep it. However, make it clear what reviewers are looking for and what they aren’t looking for so that it stays a check and not a burden. It’s fine to maintain bigger code reviews, as long as they’re focused on the big picture of the product as a whole. In addition, the evaluation should be a collaborative team effort.

Because the more lines of code you have, the less accurate your code reviewer(s) can be in looking for weaknesses line by line. Individual programs and apps now include hundreds of thousands – if not millions – of lines of code. It makes it difficult for a code reviewer to do a thorough examination in an acceptable period of time – especially in dynamic settings.

The process is simplified with automation; human intervention is reduced, and our ability to make human errors is also reduced. The human brain is more equipped for filtering, interrupting, and reporting the outputs of commercially available automated source code analysis tools than it is for tracing every conceivable path through a generated codebase in search of root cause design parameters.

Automation will result in fewer false positives if you choose a solution that allows you to modify according to your codes’ requirements. You may anticipate considerably greater accuracy if you spend your labor where it’s most suited – reviewing and analyzing the vulnerabilities found by the program. Development can also be more productive throughout the day by enabling tests to run in the background or at night.

As developers become more aware of the necessity of incorporating security into their code, they are under increasing pressure to master key software security approaches. They still need to know secure practices and how to address security vulnerabilities with an automated tool, but they aren’t responsible for identifying them or waiting for the code to reach the security team.

It turns out that developers don’t simply want security nerds to find their flaws after the fact. “Rather, they aim to repair issues as early in the development process as feasible while also avoiding generating bugs in future code.” The mindset has shifted from “you do your job, I’ll do mine” to a greater mutual understanding.

Despite the fact that code review may appear to be just another regular check, teams do far more than simply finding issues. Code review provides significant benefits such as increased cooperation, improved learning, timely verification of produced code, and simplified development.

It also serves as a mentor for younger developers who want to improve their abilities and become professionals. Given this, it’s easy to see how code review contributes significantly to the development cycle’s goal of producing high-quality products.